Story From Poultry To Software 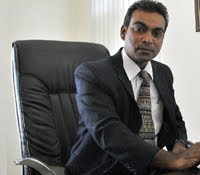 When you stay in a 200 sq ft shanty and fail at 20 businesses, there is only one way you can go: up. The transformation for Sushil Patil, 37, has been dramatic. He now lives in a glass-fronted, threestoried, 3,000 sq ft house in the tony Nagpur locality of Manish Nagar; and he owns and runs a Rs 280 crore company that does engineering consultancy and project work.

Till 2003, Patil knew only losses. From poultry to software, broking to services, the civil engineer from Nagpur University dabbled in every conceivable business. And as Reliance chairman Mukesh Ambani says, learnt 20 ways of avoiding mistakes. Setbacks were nothing new for Patil. From an early age, he was witness to financial strain and caste prejudice. Like the day his father had to request the engineering college to waive Patil's finalyear fees. "I can never forget my father bowing before the dean. That hit me hard," says Patil. He also recalls the discrimination his father, Ramrao Patil, faced.

Senior Patil was as a labourer in an ordnance factory; and, after office hours, he sold snacks in the office to feed his family of four. Still, he once went 15 years without apromotion. "His colleagues, who were from upper castes, received regular pay hikes and other benefits," he says. This humiliation made Patil resolve to have his own venture. After completing his civil engineering in 1995, Patil worked for several construction firms. "I never wanted to work under anyone, and soon quit," he says. In 1996, Patil borrowed Rs 1 lakh from a friend and started a stock-broking firm.

But the venture failed because he knew little about the business. In 1999, Patil started cleaning overhead tanks. That too went bust -- he lost Rs 1 lakh and was saddled with a Rs 7 lakh liability. In 2000, he sunk Rs 1 lakh in the poultry business. His experience with running a software-development firm was similar. "I had no money, but I somehow survived," he says. Patil returned to his calling: engineering. This time, though, he played safe. He worked for a small firm for six months and learned project-implementation strategies.
Written by Tapas Talukdar
Courtesy: THE ECONOMIC TIMES
Posted by Ashok Das at 1:19 PM